Scott Rudin, the lead producer, and Lloyd’s of London settled a lawsuit that arose from the production’s decision to shut down a Broadway musical when its star became pregnant. 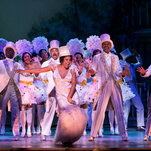 One day she’ll get to tell the kid that they’re the $12 million baby
Cambridge, Massachusetts 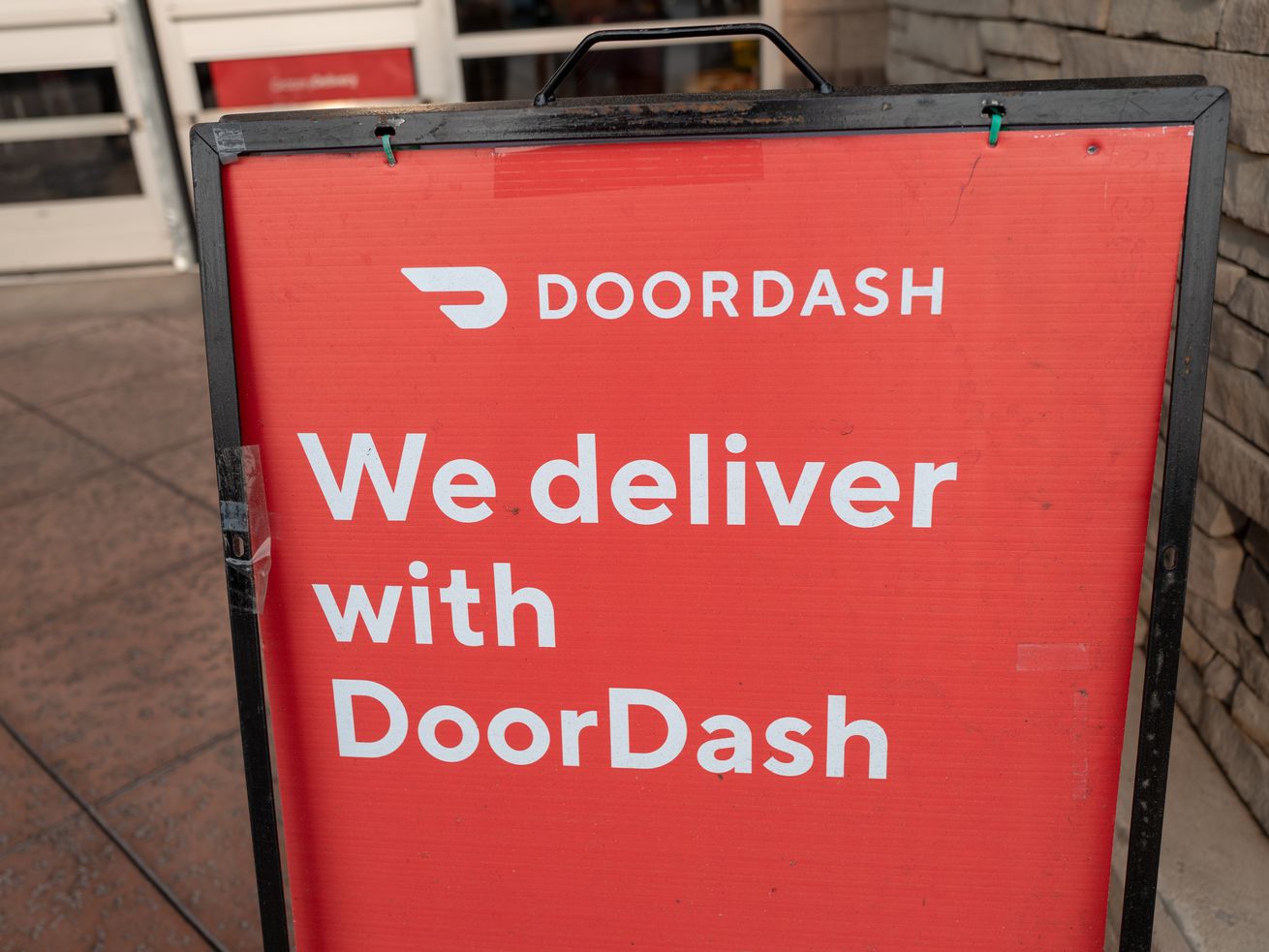 San Francisco-based food delivery company DoorDash is escalating its promotion of a controversial ballot proposition, sending bags emblazoned with “Yes on 22” to restaurants, which will then hand those same bags off to the app-based delivery drivers whose futures will be determined by that very prop.

As of publication time, companies like Uber, Lyft, Postmates, Instacart, and DoorDash have spent a combined $185 million to support Prop 22, a ballot measure that seeks to ensure that California’s ride-hail and delivery drivers are classified as independent contractors, despite a 2020 law that says that they must be classified as employees, and receive the wages, benefits, and other guarantees that full employment entails.

As the election has neared, the tech companies’ promotion of Prop 22 has “gotten more desperate,” says Maria Crawford, an organizer with the Gig Workers Collective. One example of this is Instacart’s prompt to shoppers to “retrieve one Prop 22 sticker and insert and place it in your customer’s order,” an initiative reported on by CNN this week.

Another is an email sent to restaurants that contract with DoorDash this week. In the email, restaurants are encouraged to request free bags for takeout, all of which will be emblazoned with “Yes on 22.” “Don’t worry about shipping or production costs — the bags are on us!” the company writes. All restaurants are asked to do is to “use the bags as you would any other takeaway bag now through Election Day.”

Of course, part of using those bags as they would any other would involve handing those bags to a gig worker to deliver, essentially forcing the delivery driver to promote a proposition that many say will deny them their rights.

“Oh my god,” said Crawford, when told about the email by Eater SF. “These companies are so used to exploiting workers, they’re going to push it further and further.”

It’s a conflict that prompted San Francisco’s District Attorney to sue the company this June, alleging unfair labor practices, and saying that DoorDash is “cheating their employees and cheating the state,” and that its business practices put “law-abiding companies in the position of competing against employers who gain unfair savings by illegally classifying their workers.”

These valuations, says Uber engineer and Prop 22 opponent Kurt Nelson, are one of the reasons the fight to keep its workforce at the contractor level is getting so hot. In an op-ed published on TechCrunch, Nelson says that companies like his want to continue to misclassify workers because they “are subsidizing the product with their free labor,” which makes the possibility that workers might have to be hired potentially devastating to the app-based companies.

According to California employment attorney Beth Ross, moves like DoorDash’s and Instacart’s “raises some red flags,” CNN reports. State labor codes “prohibit CA employers from controlling their employees’ political activities and requiring employees to adhere to the employer’s political views,” Ross says, but requiring delivery workers to ferry these political bags might be doing just that.

When contacted by Eater SF for comment, DoorDash directed us to yes on 22 spokesperson Geoff Vetter. “Each company is communicating with their customers in various ways because of the high stakes in this election,” Vetter says in defense of the bag initiative. “Hundreds of thousands of jobs are on the line, along with the app-based services millions of Californians rely on,” he said via email.

It’s an argument that perplexes Crawford, to say the least. “It would make no sense to me to carry a ‘Yes on 22,’ bag,” Crawford. “I’d basically be handing a customer a bag saying ‘yes on exploiting me.’”

A San Francisco restaurant owner, who declined to be named as they have a contract with DoorDash, tells Eater SF that the bag email has them thinking twice about continuing a relationship with the company.

“Giving drivers propaganda to deliver really crosses an ethical line,” the restaurateur says. But it doesn’t appear that every restaurant owner feels that way: when Eater SF clicked on the link the email provided to request bags on Friday morning, we received a message that “due to high demand for Yes on Prop 22 branded to-go bags, we are no longing [sic] accepting requests.”

Exhibit A for why corporate speech should be regulated
Washington, DC

Well that's horrifying for the workers, being forced to shill for low wages.
Cambridge, Massachusetts

The Discourse Blog schism on oatmeal cracked wide open during our town hall on Twitch. Where do you stand?

The post Oatmeal Is Tearing Us Apart appeared first on Discourse Blog.

denubis
Raymond, a local chef, has a good basis for savoury oatmeal that I made two weeks ago. Quite tasty. https://www.youtube.com/watch?v=lo0YINnEWkE

Email Addresses It Would Be Really Annoying to Give Out Over the Phone by John Gruber
Monday October 5th, 2020 at 10:35 AM

This 2004 classic by Michael Ward for McSweeney’s came up at the tail end of my podcast this week with Underscore David Smith, and is well worth a re-link.

I think about this piece constantly as I'm searching for a new domain for my main email.
Cambridge, Massachusetts

ckelly
I have my own six-letter domain and people still tune out after they don't hear gmail.

When I saw the headline “What if Earth had rings?”, my first response was “Well, that would be cool as shit!”. Of course, the lucky humans in this alternate reality barely even notice their rings, because they’ve never known anything else.

Back here on our poor, ringless Earth, it’s at least fun to read Live Science’s deep dive on rings, and to look at photorealistic which imagine how our sky might appear.

These glittering rings would neither rise nor set, and would always appear in the exact same place in the sky. These cosmic landmarks would be visible both day and night. 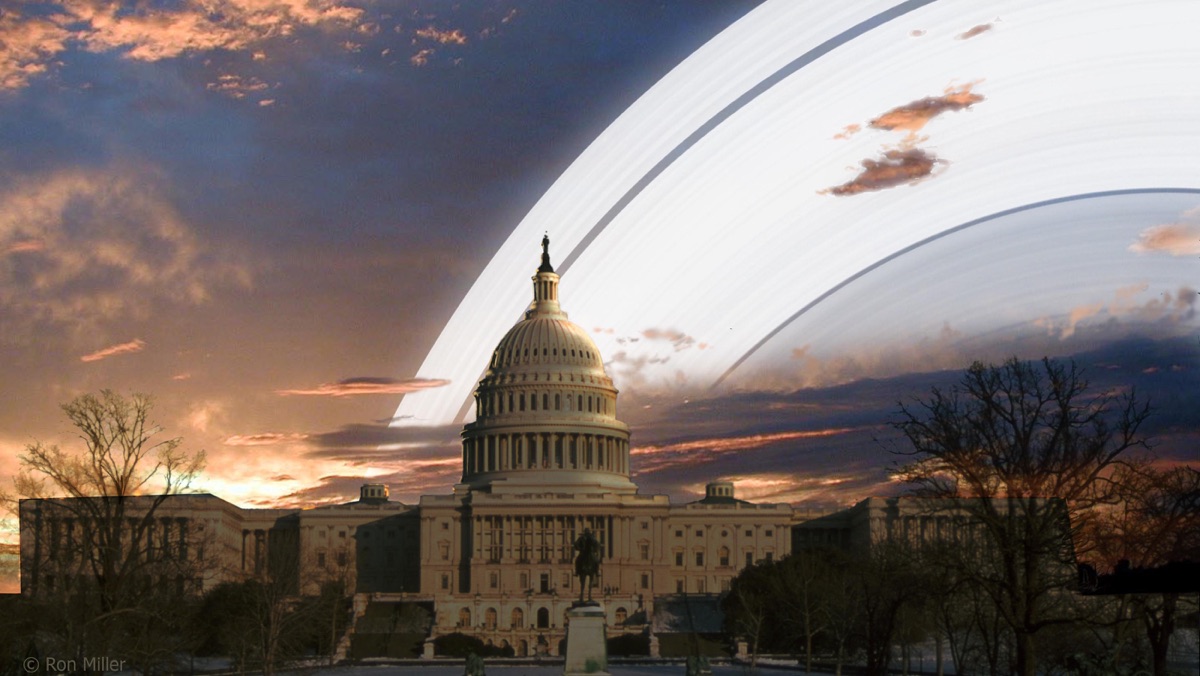 duerig
I have been playing No Man's Sky in VR recently and being on or near the ringed planets is just amazing. My chosen home base has a nearby ringed planet as a 'moon' in its night sky. 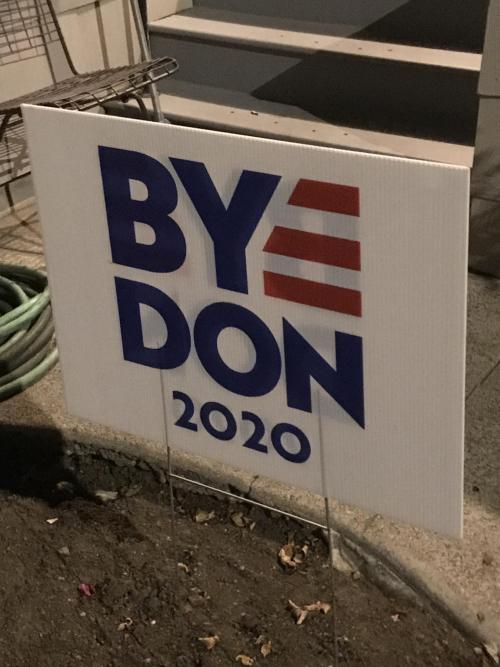 This is a work of art
Cambridge, Massachusetts