1 Comment
Scientists helping to update the latest edition of the Dietary Guidelines for Americans are taking a harder stance on alcohol. 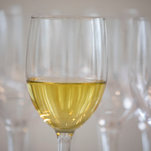 samuel
reply
Who knew, no amount of alcohol is healthy.
Cambridge, Massachusetts

I’m sure this varies depending on your hand size, but I find that the AirPods case is an addictive fiddle — it’s like that smooth stone from the beach that you just can’t put down. The AirPods Pro case, on the other hand, is a little large in my pocket and just doesn’t have the same addictive feel.

I just love this assessment. I’ve thought the same thing ever since getting AirPods Pro but never quite to the level of writing it down.

For me personally, though, the utility of noise cancellation wins out over all else. I too find the regular AirPod buds more comfortable in my ears, but the acoustic advantages of AirPods Pro lead me to prefer them strongly.

samuel
reply
I have both and I gave my AirPods Pro to my girlfriend because they wouldn't stay in my ears. I bought a hundred fuzzy covers for my airpods and that's what it takes to keep them in.
Cambridge, Massachusetts

PBones
FWIW, I had the same issue with the Pros. I got memory foam tips for them, and now they stay in well enough even for running, something I couldn’t do with the regular AirPods.

With Screen Time Skyrocketing During COVID, Doctors Call For Blue Light Regulation by Arick Wierson
Thursday July 9th, 2020 at 11:07 AM

1 Comment
Optometrists and ophthalmologists, already highly concerned with rising levels of screen time and the long-term health impacts on the human eye, are calling for changes. One innovation may help.
Read the whole story

If you’ve been thinking about transitioning to more plant-based meals, now is the perfect time to give it a shot. COVID-19 has made the brutality of factory meat production impossible to ignore. Between companies forcing employees to continue working in processing plants despite unsafe conditions, and animals being euthanized due to backups in supply chains caused by coronavirus outbreaks in meatpacking plants, even the most devout bacon lovers may be rethinking their consumption habits.

Beyond the ethics, though, there are other reasons for eating more plants right now, including cost—the staples of the vegan diet, like legumes and whole grains, are very affordable. (Have you noticed the state of the economy lately?) Most of us also have more time to try new recipes. And since we’re socially isolating, it’s not a big deal if eating more fiber makes you, well, unfit for company. “You may be a little gassy at first, but you’ll eventually train your gut,” says Julia Murray, a nutritionist and former Olympian who runs the blog Hooked on Plants. Murray is also the “chief evangelist” for the 80/20 Plants app, which helps newbies navigate a plant-based lifestyle.

Besides getting your gut used to all that fiber, here are a few other tips to make the transition smoother for the vegetarian-curious.

For Every Subtraction, Make an Addition

“The biggest misconception people have is what we [vegetarians] eat,” says Diane Vukovic, author of Gourmet As Heck, a plant-based cookbook for backpackers who want to dehydrate their own meals. “They imagine what they normally eat, minus the meat, or minus the cheese, or milk, or eggs. In a typical American diet, there’s typically not much left.” For Vukovic, following a plant-based diet is all about finding substitutions, not making subtractions. Swap in legumes for meat, blend up nuts or seeds to replace cheese, and load that meal with as many different veggies as you can so it feels interesting and complete.

Start with What You Love

“If you don’t like salads, don’t make salads,” says Ken Rubin, chief culinary officer at the online cooking school Rouxbe. Murray agrees with this advice. She recommends that new plant-based cooks start with their favorite standby meals: tacos, pasta, whatever you make regularly and love.

Knife skills are essential when you’re going to be chopping a ton of veggies, says Rubin. He teaches his students the rolling technique, in which you leave the tip of your knife on the cutting board as you chop. The end product isn’t as uniform as slow, careful dicing, but you’ll get through your prep with much less agony.

Also crucial is mastering the veggie roast. “Roasting concentrates flavor. It’s like going from a grape to a raisin,” Rubin explains. Veggies are the star of your meal, so boosting their flavor pays big dividends. Note that different vegetables roast best at different temperatures, because they have varying hydration and sugar levels. Experiment by turning the heat of your oven up or down to see which results you like best.

Focus on the Sauce

Greens, grains, and legumes may be healthy, but they aren’t flavor superstars. This can be a benefit, because you can eat them a thousand different ways. However, it’s up to you to bring the acid, salt, and umami to the table. The best way to do that, says Murray, is to learn how to construct great vegan sauces. First, stock your cabinet with staples like tahini, miso paste, liquid amino acids, nutritional yeast, and soy sauce, plus an array of vinegars. Then think about how you can make a sauce interesting. Ground nuts can add texture and richness. Sesame and walnut oil can add depth. Blended beans can add protein and heft, says Vukovic.

Some snobby longtime vegans scoff at these products, but they can make the transition easier, says Murray. Yes, fake meat often has high levels of sodium, and it’s usually processed. Still, some options are surprisingly tasty and can be swapped into your favorite meals without much recipe troubleshooting.

Watch Your Macronutrients—but Not Too Much

Vukovic tries to include a source of carbs, protein, and fat in every meal. But she doesn’t track her macros beyond that. According to Murray, in North America it’s more common for people to eat too much protein than too little. “Protein deficiency is not something we see,” she says. Plants contain all the amino acids that make up protein, so as long as you’re eating a range of plants, legumes, and whole grains, you’re probably getting what you need.

A lot of vegan staples are soft: tofu, beans, steamed greens. That can make for meals that, even while flavorful, feel like they’re lacking a certain something. Texture is the issue, says Vukovic. “Lentils, for example, end up in a ton of veggie meals, but they absorb a ton of water,” which makes them mushy, she says. Add lentils as a stand-in for meat in your spaghetti and you’re going to have a plate of squish on top of squish. You can, however, add texture by toasting cooked lentils in the oven. Or save the lentils for a topping on a salad full of crisp, crunchy lettuce.

Get to Know the Vegan Stand-Ins

To make vegan cheese at home, soak cashews overnight, blend them in your food processor, then flavor them with nutritional yeast and maybe even a touch of liquid smoke, says Vukovic. Eggs are easy to replicate, too, she says—tofu scrambles filled with veggies can replace your breakfast omelet. In baked goods, ground flaxseeds mixed with water and a pinch of baking powder can offer the lift eggs normally provide. Jackfruit has a texture similar to pulled pork, and tempeh will fill the gap on any recipe that could be enhanced by a chewy component. In other words, with a little bit of insider info, you really can get every taste, texture, and macronutrient you need from plants. Just get in the kitchen and start experimenting.

We’ve had dark mode on iOS and Android for years but I’m now pleased to announce a worthy dark theme has come to the NewsBlur web app.

The origins for this theme came from the community. Originally started by Kemwer in 2013, it has been maintained and updated by Splike since 2014. In fact, you can still use Splike’s theme as an alternate dark mode.

That’s 7 years of NewsBlur having an unofficial dark mode, but users had to jump through hoops to use it: installing a browser extension (which had a malware scare in 2018) or having to copy the Stylish CSS to NewsBlur’s Account settings where it would need to be manually updated. What NewsBlur needed was having it built in.

Today NewsBlur is shipping first-class support. Building a dark theme requires more than inverting the existing color scheme, turning white to black and green to purple. Quite a bit of thought around UX and information hierarchy went into this dark theme design. I also used this as an opportunity to freshen up icons and small visual details on both light and dark themes.

Now we have a consistent dark theme across all of the first-party apps. The Android app had dark mode first in 2014. Then came the iOS app is 2016. Now we’re firmly in 2020 and it’s made it to the web. Goes to show that NewsBlur is always getting better.

If you like the new features we’ve been releasing recently, I would greatly appreciate if you could share a tweet or Facebook post about NewsBlur. If you enjoy staying connected with culture and news through NewsBlur and you think your friends and followers would too, let them know about your news reader of choice. I appreciate all the kind comments that have come in since releasing this new theme.

In love 🥰 with the new dark theme of @NewsBlur ! Kudos @samuelclay 👍

And please keep the good ideas coming on the forum.

Thanks for all the comments on the forum, on Twitter, and over email. I'm thrilled this feature is having its moment.
Cambridge, Massachusetts

orphum
This looks awesome, nice work @samuel! How is "auto" implemented? It looks to be based on the OS setting, but I don't see any `prefers-color-scheme` media queries...

samuel
Here's the code for how dark mode is automatically detected: https://github.com/samuelclay/NewsBlur/blob/master/media/js/newsblur/reader/reader.js#L3271-L3305

jlvanderzwan
(wouldn't it make sense to also have the toggle in the STYLE menu?)

lioman
thanks for this feature

Apple effectively killed 3D Touch last year by replacing it with the haptic touch feature the iPhone 11 line, but it looks like its old-friend/the-same-exact-feature-with-a-different-name Force Touch is not long for the world either. MacRumors reports that watchOS 7 is shifting developers away from using the Force Touch interaction, in favor of exposing those features in other ways.

Gotta say, I’m not broken up about that. Force Touch was clever, but too often it concealed features that were not easily discoverable.

I agree. It’s a very clever idea, and on the Watch in particular it makes for an effective use of severely limited screen real estate. But for most users, if they can’t see it, it might as well not be there. I think most Apple Watch users are completely unaware of any of the features exposed by Force Touch.

I believe the affordance for 3D touch is paid for by having to hold the screen at different pressures, which isn't very comfortable or natural. When I upgraded from an iPhone 7, which had 3D touch, to an iPhone SE 2, lacking 3D touch, I found myself second guessing taps less because of the cognitive overload that pressure brings. Having to maintain position and not drop my phone while pressing an intermittent amount of time and a variable amount of pressure.

And sometimes the phone didn't even recognize the 3D touch, which was probably what ultimately killed the feature. It only worked 90% of the time.
Cambridge, Massachusetts

cosmotic
The problems with 3D touch were obvious from the beginning; I'm not sure how the feature made it to a shipping product. It must have passed the approval of countless usability 'experts', professional engineers, hundreds if not thousands of test users... Then all that time developers spent adding the dead-on-arrival feature to their products. It smells just like the TouchBar.