Alex Hern, reporting for The Guardian:

Some of the biggest companies in the world are funding climate misinformation by advertising on YouTube, according to a study from activist group Avaaz.

The group found that more than 100 brands had adverts running on YouTube videos on the site that were actively promoting climate misinformation. The brands, including Samsung, L’Oreal and Decathlon, were unaware that their adverts were being played before and during the videos.

How do we know they were unaware? I highly doubt any of these brands specifically wanted their ads to run against climate change disinformation videos, but doesn’t the scattershot “just let the algorithm figure out where to run our ads” strategy many (most?) big YouTube advertisers take imply that some of the spots are going to run against unsavory content?

I really feel as a culture we are barely coming to grips with the power of YouTube, Facebook, and to some degree, Twitter, as means of spreading mass-market disinformation. The pre-internet era of TV, print, and radio was far from a panacea. But it just wasn’t feasible in those days for a disinformation campaign — whether from crackpots who believe the nonsense, corporate industry groups, or foreign governments — to get in front of the eyes of millions of people.

It feels like something out of a Kurt Vonnegut novel that this is not only the state we’re in today, but that big name mass market advertisers are running commercials on this stuff.

I'm working on a project on disinformation and it's going to be an interactive explainer on the Communications Decency Act Section 230, which absolves platforms the responsibility of policing anything that is posted on their services.
Cambridge, Massachusetts

JimB
reply
Don't the YouTube algorithms link the adverts to the video and the watcher.

Nearly 150 years ago, a German physician analyzed a million temperatures from 25,000 patients and concluded that normal human-body temperature is 98.6 degrees Fahrenheit. That standard has been published in numerous medical texts and helped generations of parents judge the gravity of a child’s illness. But at least two dozen modern studies have concluded the number is too high.

The findings have prompted speculation that the pioneering analysis published in 1869 by Carl Reinhold August Wunderlich was flawed.

In a new study, researchers from Stanford University argue that Wunderlich’s number was correct at the time but is no longer accurate because the human body has changed. Today, they say, the average normal human-body temperature is closer to 97.5 degrees Fahrenheit.

fancycwabs
reply
That's been my base temperature for as long as I can remember. Don't know if it's a general change in people today or maybe that a sample of 25,000 patients from 150 years ago would have a lot more people fighting infections that we now vaccinate folks for.
Nashville, Tennessee

samuel
reply
Is this about better nutrition?
Cambridge, Massachusetts

sarcozona
reply
The fact the doctors don’t know this is a very real problem.

sirshannon
reply
Nice. I thought it was just me.

I am unaware of empirical evidence of the effectiveness of the sort of thing I have in mind (I welcome suggestions!), but here's the intuitive case.

When I'm feeling grumpy, for example, that grumpiness is almost invisible to me. In fact, to say that grumpiness is a feeling doesn't quite get things right: There's isn't, I suspect, a way that it feels from the inside to be in a grumpy mood. Grumpiness, rather, is a disposition to respond to the world in a certain way; and one can have that disposition while one feels, inside, rather neutral or even happy.

When I come home from work, stepping through the front door, I usually feel (I think) neutral to positive. Then I see my wife Pauline and daughter Kate -- and how I evaluate them reveals whether in fact I came through that door grumpy. Suppose the first thing out of Pauline's mouth when I come through the door is, "Hi, Honey! Where did you leave the keys for the van?" I could see this as an annoying way of being greeted, I could take it neutrally in stride, or I could appreciate how Pauline is still juggling chores even as I come home ready to relax. As I strode through that door, I was already disposed to react one way or another to stimuli that might or might not be interpreted as annoying; but that mood-constituting disposition didn't reveal itself until I actually encountered my family. Casual introspection of my feelings as I approached the front door might not have revealed this disposition to me in any reliable way.

Even after I react grumpily or not, I tend to lack self-knowledge. If I react with annoyance to a small request, my first instinct is to turn the blame outward: It is the request that is annoying. That's just a fact about the world! I either ignore my mood or blame Pauline for it. My annoyed reaction seems to me, in the moment, to be the appropriate response to the objective annoyingness of the situation.

Another example: Generally, on my ten-minute drive into work, I listen to classic rock or alternative rock. Some mornings, every song seems trite and bad, and I cycle through the stations disappointed that there's nothing good to listen to. Other mornings, I'm like "Whoa, this Billy Idol song is such a classic!" Only slowly have I learned that this probably says more about my mood than about the real quality of the songs that are either pleasing or displeasing me. Introspectively, before I turn on the radio and notice this pattern of reactions, there's not much there that I can discover that otherwise clues me into my mood. Maybe I could introspect better and find that mood in there somewhere, but over the years I've become convinced that my song assessment is a better mood thermometer, now that I've learned to think of it that way.

One more example: Elsewhere, I've suggested that probably the best way to discover whether one is a jerk is not by introspective reflection ("hm, how much of a jerk am I?") but rather by noticing whether one regularly sees the world through "jerk goggles". Everywhere you turn, are you surrounded by fools and losers, faceless schmoes, boring nonentities? Are you the only reasonable, competent, and interesting person to be found? If so....

As I was drafting this post yesterday, Pauline interrupted me to ask if I wanted to RSVP to a Christmas music singalong in a few weeks. Ugh! How utterly annoying I felt that interruption to be! And then my daughter's phone, plugged into the computer there, wouldn't stop buzzing with text messages. Grrr. Before those interruptions, I would probably have judged that I was in a middling-to-good mood, enjoying being in the flow of drafting out this post. Of course, as those interruptions happened, I thought of how suitable they were to the topic of this post (and indeed I drafted out this very paragraph in response). Now, a day later, my mood is better, and the whole thing strikes me as such a lovely coincidence!

If I sit too long at my desk at work, my energy level falls. Every couple of hours, I try to get up and stroll around campus a bit. Doing so, I can judge my mood by noticing others' faces. If everyone looks beautiful to me, but in a kind of distant, unapproachable way, I am feeling depressed or blue. Every wart or seeming flaw manifests a beautiful uniqueness that I will never know. (Does this match others' phenomenology of depression? Before having noticed this pattern in my reactions to people, I might not have thought this would be how depression feels.) If I am grumpy, others are annoying obstacles. If I am soaring high, others all look like potential friends.

My mood will change as I walk, my energy rising. By the time I loop back around to the Humanities and Social Sciences building, the crowds of students look different than they did when I first stepped out of my office. It seems like they have changed, but of course I'm the one who has changed. 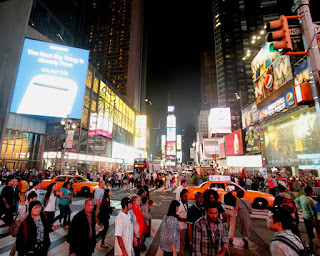 The Sackler family is pushing back after Tufts University removed the family name from its buildings and programs due to the family’s link to the ongoing opioid epidemic, according to a report in The New York Times.

In a letter to Tufts’ president, a lawyer for the family wrote that the removal was “contrary to basic notions of fairness" and “a breach of the many binding commitments made by the University dating back to 1980 in order to secure the family’s support, including millions of dollars in donations for facilities and critical medical research.”

Tufts made the decision to remove the family name after getting the results of an independent review of the university’s relationship with the Sacklers and OxyContin-maker Purdue Pharma, which the Sacklers own. Both the family and the company have been accused of helping to spark the crisis by aggressively marketing the powerful painkiller and misleading doctors, patients, and regulators about its addictiveness.

So my studio is in the Arthur M. Sackler building on campus and we’ve all taken to calling it the Stirling building after the architect.
Cambridge, Massachusetts 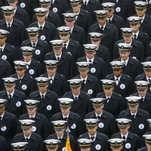 I think this is finally the end of the circle game.
Cambridge, Massachusetts